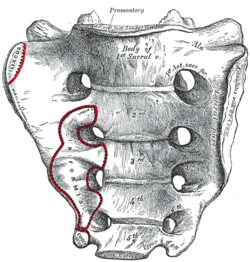 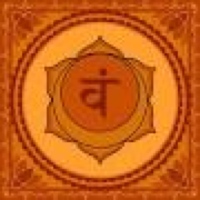 When the wheel of life in our body, sacral chakra, spins with joy and love, we are very loving and creative, and we realize that sexuality is a divine and important energy, to handle with great care because it is a gift from the Great Mother! The holy bone, the sacrum bone is an actual bone in our bodies, is shaped like a bowl, for example like a singing bowl, that has the effect of eco! So let your loving energy spread and it will come back as a loving vibration and eco! A weakened sacral chakra, gives apathy, lack of energy, illnesses! All abuse towards sacral chakra can be healed! Have faith!

To hunt and eat meat?
Ask goddess Diana
(or the nearest accessable hunting deva in your area) when hunting!
There are many discussions about being a vegetarian or a meat eater today, questions about how we hunt, how we eat maybe to much meat?
I personally eat no meat, but sometimes I eat fish. I don’t judge,  I just think it will be natural in the future…to eat very little meat!
As time passes, more and more people will awaken to the loving feeling, that ”I can no longer eat a friend”, it will be very natural, it will be unstoppable…!
Yet a very long time ago, our great Mother talked to us, and we talked to her, and she told us about the hunting! And Diana or Artemis or other deva, aided us!  She told us to only take what we needed, to provide for our family, and no more! And we said a prayer, to talk to the animal kingdom. They knew! The knew an animal that had hurt its leg. And this particular animal wanted to pass – over to heaven. It was the animals free will! And the hunters knew. They waited for this certain animal. And so it was killed. And many loving prayers and greetings was said to this animal and Mother Earth, who gave the food, to the hunters family. And the hunters and family, cherished every part of the animal, used every part with love! This is the right way, doing it together with Mother and animal kingdom, and not as we do today!

This beautiful painting is borrowed from Google!
Today in many places where the slaughtering takes place there is animals that are stressed in panic and are killed but are trapped in between…as some would say ghosts…! These places need much loving and healing to help them come home to heaven!

And no matter what you eat, you can say a loving prayer and

thank for what you eat! That is the most important thing!

Below is about DIANA from wikipedia;

In Roman mythology, Diana ([djana]) was the goddess of the hunt, the moon and childbirth, being associated with wild animals and woodland, and having the power to talk to and control animals. She was equated with the Greek goddess Artemis,[1] though she had an independent origin in Italy. Diana was worshipped in ancient Roman religion and is revered in Roman Neopaganismand Stregheria. Dianic Wicca, a largely feminist form of the practice, is named for her. Diana was known to be the virgin goddess of childbirth and women. She was one of the three maiden goddesses, Diana, Minerva and Vesta, who swore never to marry.
Oak groves were especially sacred to her. According to mythology (in common with the Greek religion and their deity Artemis), Diana was born with her twin brother Apollo on the island of Delos, daughter of Jupiter and Latona. Diana made up a triad with two other Roman deities: Egeria the water nymph, her servant and assistant midwife; and Virbius, the woodland god.
I am Rowena!
I am what some would call a goddess!
I am a part of you!
I am like a mother to you all!
I am omnipresent!
I am guardian of temple of Isis!
I am also a guardian of the feminine energy
on beloved Earth!
If you need a mother
a shoulder to cry on
a lap to lay your head on
to rest, to heal
in safety
as you struggle with your life…
know I am always here for you!
Just call on me
dear child
I love you
always!
/Rowena